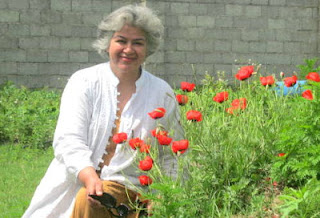 
Repeal The Prison Sentence of Mansoureh Behkish-Her Family Has Suffered Enough At The Hands Of Khomeinists!

Target: Ahmed Shaheed, UN, UNHCHR, State Department, EU, Navi Pillay, Ban Ki-Moon, European Parliament
Region: GLOBAL
Web site: http://ulimuc.wordpress.com/2012/04/04/mansoureh-b...
Background (Preamble):
Ms. Mansoureh Behkish is a member of Behkish family who lost six family members--including a son-in-law-- during the mass execution of political prisoners in Iran in the summer (September) of 1988. Based on an order by Khomeini and for cleansing the prisons in the Islamic Republic regime from political prisoners, kangaroo courts were set up in all over Iran by politically motivated judges and as a result so many innocent political prisoners were hanged or shot to death by firing squad just because of their beliefs.The regime's henchmen then buried them in mass graves.
One of the known locations where these political prisoners are buried is Khavaran in the suburb of Tehran. Mourning mothers and family members together with friends and people from all walk of life come together in Khavaran every year to commemorate the memories of their loved ones.

Those who have a hand on Iranian politics know Behkish family by “A Frame picture of 6 family members ” displayed every year during the commemoration in Khavaran. Of the siblings, only Mansoureh and her brother are left . Her brother Jafar Behkish is living in Canada and Mansoureh who is living in Iran with her mother taking care of her.

On June 12, 2011 Ms. Mansoureh Behkish Was walking on the streets between Yousefabad and Fatemi street when a woman from the ministery of information reckognized and then approached her and arrested her and together with security police transfered her to Evin prison as special case.

On July 9, 2011 Ms. Behkish was released on bail. At that time, the charges against her remained unclear. In October 2011 the trial was delayed due to the absence of a prosecutor.

She currently remains out of prison on bail, but will never be truly free until this outrage is reversed and the prison sentence hanging over her head is completely lifted.
Petition:
We, the undersigned, demand that representatives of the international community on all levels stand up forcefully to bring all pressure to bear upon the Islamic Republic of Iran to unconditionally vacate the 4.5-year prison sentence of Ms. Mansoureh Behkish, and to drop any and all charges brought against her in what is obviously a politically-inspired--and unconscionable petty-- vendetta.

Her family has suffered enough at the hands of the repressive organs of the Islamic Republic regime. The international community cannot idly stand by while this regime insists upon adding petty outrage upon blood-soaked outrage.
Sign the petition